New single ‘Fearless’ from new album ‘The Greatness in You’ 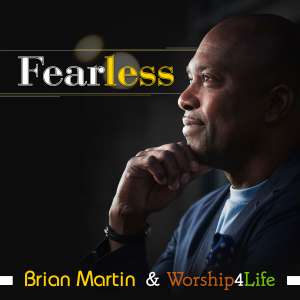 FOR IMMEDIATE RELEASE – SPECIAL TO KEEP THE FAITH

London’s own, Brian Martin & Worship 4 Life is back with a dynamic new single release “Fearless” from his upcoming album, “The Greatness In You.” “Fearless” releases Worldwide through IndieBlu Distribution on 29 April 2022.

Brian Martin is a gifted songwriter, arranger, producer and worship leader who communicates God’s Word with clarity and conviction.  He succeeds at delivering messages that are accessible and challenging.   Committed to communicating from a Christian worldview, Brian Martin is now delivering God’s Word in all the forms he has been gifted in.

“Fearless” will be released for global distribution through IndieBlu Music on Friday 29 April  2022. Says Brian, “My inspiration for writing fearless came from Hebrews 10:35. “The Amplified Bible reads:  Do not, therefore fling away your confidence or your (fearlessness), for it has a glorious and great reward.” Everyday people experience fear for one reason or another. In the bible ‘fear not’ is mentioned 365 times., God commands us to be strong and courageous (fearless) He says do not be afraid because he is with us and he will never leave us of abandon us and that we can do all things in him and through him that strengthens us.”

He wrote his first contemporary praise gospel album Lifter Of My Head in 2003 and launched it live at Fairfield Halls in London to a sellout concert.  Lifter Of My Head album won a G.E.M. (Gospel Entertainment Music) Award in October 2005 and consequently Brian, along with other award-winning nominees, was invited to the House of Commons to pay tribute to Nelson Mandela.

His second release in 2013 was “D.I.P (Deliverance in Praise)” an anthem to the power of praise. The song is strongly rooted in 2 Chronicles chapter 20 recounting King Jehoshaphat’s defeat of the Moabites and the Ammonites using the power of praise.  Brian Martin & Worship 4 Life toured the United States, Europe and other territories capturing the heart and soul of their audience with a sound that is universal and incorporates strong lyrical content with rich musical definition.

Say Brian, “My expectations for the ‘Fearless’ is that it will bring awareness in knowing how you can use fear to your advantage to be fearless in understanding that fear is just a springboard to becoming fearless. Fear is part of the process that leads to fearlessness, you see, the enemy plan is to keep us in a mindset of doubt, afraid of failure which keeps us gripped by fear, so that we never want to move from that point, resulting in us not being able to strive, grow or pursue all the heights & depths that life has to offer.”

Brian Martin and Worship 4 Life recorded their latest album at Cornerstone Church in Walton-on-Thames, Surrey, England. The ‘state of the art’ facility was especially designed to accommodate music production. The senior pastor Chris Demetriou has a distinguished background in music (both as a songwriter and record producer), and his vision was to create a sanctuary which is acoustically tailored for live music recordings.

Pastor Chris started his career in the music business – where he attained much success – having worked in different capacities with notable international artists like Cat Stephens and David Bowie. He is credited as producer on 26 Albums & Singles; and is associated with over 160 recorded titles. One of the songs Pastor Chris wrote “Step On” appears in Q Magazine’s top hundred singles of all time, and the original version was cited by The Guinness Book of Records as being the first sample ever used in a music recording. “Step On” was also used during the opening ceremony of the 2012 Olympic Games.

“I have called this new album “The Greatness In You” and my hope is that it will encourage and inspire everyone who listen to it. In every one of us lies the ability to do more than we can ever begin to imagine. There is a sea of endless potential and possibilities just waiting burst forth or to be unleash.” 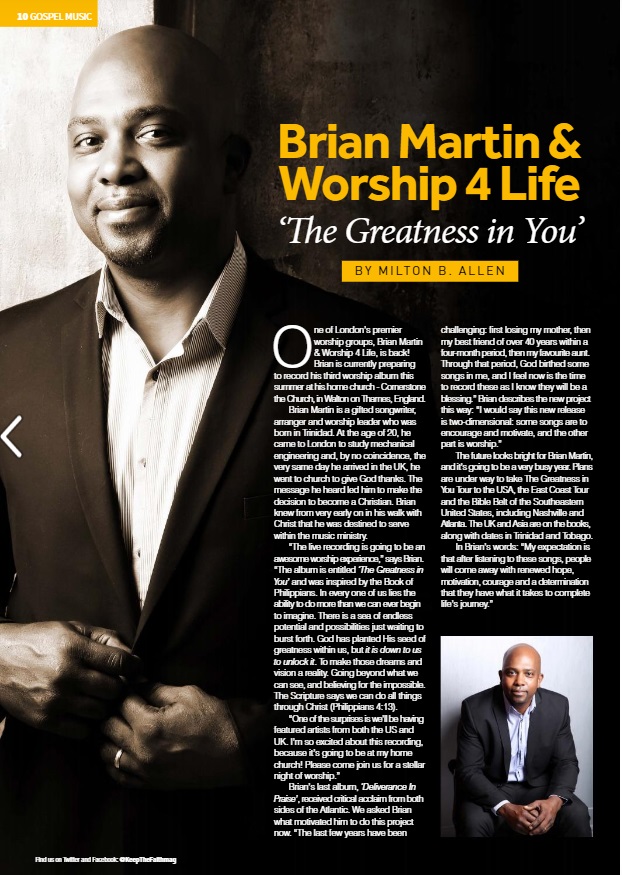 The Greatness in You